Nash Exchange will launch on the 31st of March 2019 and will be Invite Only – You cant officially buy Nex Token at this moment but you have the chance to win 15.000 Nex Tokens + 50.000 in BTC if you sign upthru this Invite code here:

These are rather 10+ Reasons to buy Nex Token but for me the most favorite reason (see further below) is the option to stake Nex Token for best passive income opportunity on the cryptomarket!

Since the birth of Bitcoin, we have heard of exchanges getting hacked every single year. The most popular ones that we hear are Mt.Gox and recently, Cryptopia. Or exchanges that shut down suddenly, leaving user’s funds lost, unable to withdraw (QuadrigaCX). Those who day trade or have their entire life savings in that exchange lost their minds. 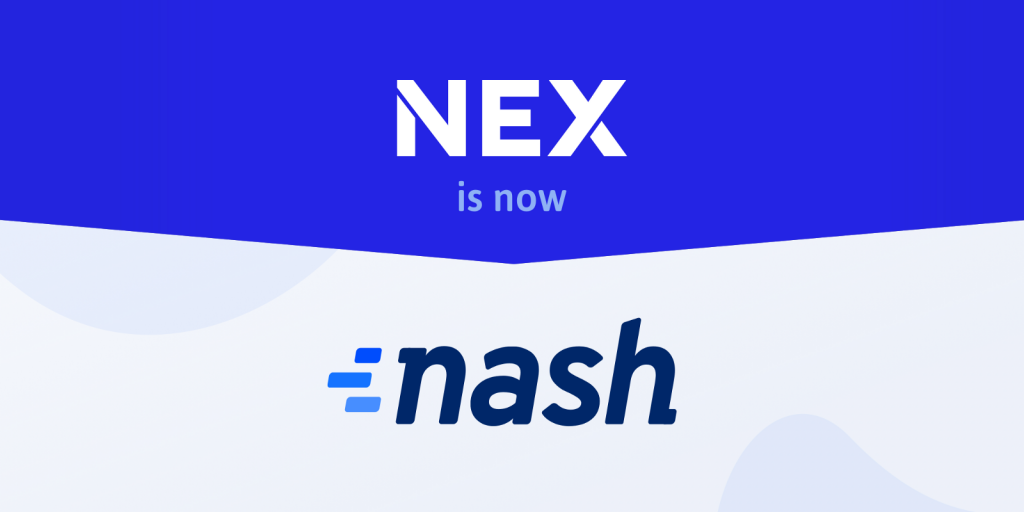 Billions of funds are lost due to exchange hacks.

Now, we have discovered NASH exchange (previously called NEX/NeonExchange). The team comes from CoZ (City of Zion). Here are 5 Reasons you should buy & use Nex Token and it Nash Exchange formerly Neonexchange.

I believe DEX (Decentralised Exchanges)  like NASH will pave the way for all exchanges so user’s funds/coins will never be compromised. User’s funds should be the priority for exchanges. Which is why we love NASH as well as Blockport.

NASH will launch its MVP (Minimum Viable Product) on the 23th of August 2019 and with this give you a chance to win over $146.000 US Dollars paid in Bitcoin & Nex token.

No. 1 Reason to buy yourself Nex token is the chance of a lifetime of passive income from staking Nex for up to 2 years or less. 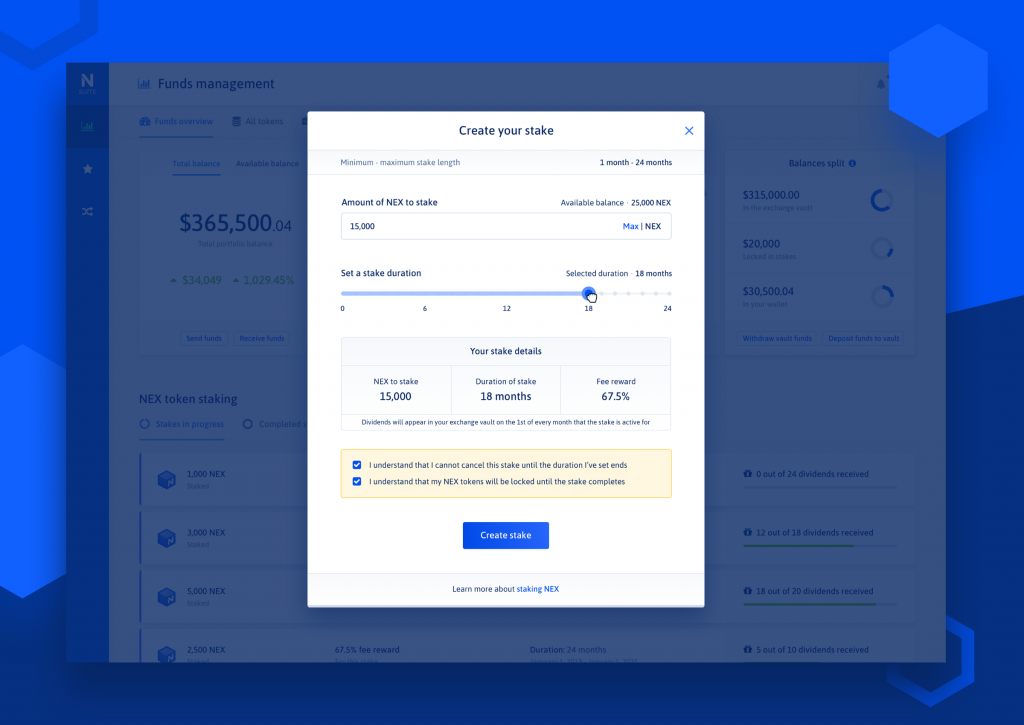 The NEX token will allow its holders to receive a share of the fees generated by the NEX Nash exchange, and users will have to stake the tokens in a NEX wallet to automatically receive payouts in a similar way to GAS payouts on the NEO network. The fees received will be taken directly from the assets being traded on the exchange. NEX token holders will receive payouts from NEO, Gas GAS, 0.19%, NEX, Ontology ONT, 3.16%, and Tierion TNT, 3.90% trades.

The fee structure will be divided into maker/taker fees, with makers or users who publish trade orders having a 0% fee, while takers or users who take up orders will face a fee of 0.13 to 0.25% depending on the trading volume they generate.

As the Nash exchange is expected to become the premier destination for NEP5 tokens traders, anyone who holds NEX tokens (the more the better) may receive a monthly payout anywhere from around $10.31 a month all the way up to approximately $3,459.30 if the trading volumes mirror those achieved by the top exchanges currently in operation today. The following table illustrates the income per 1000 tokens based on other exchanges’ volumes. 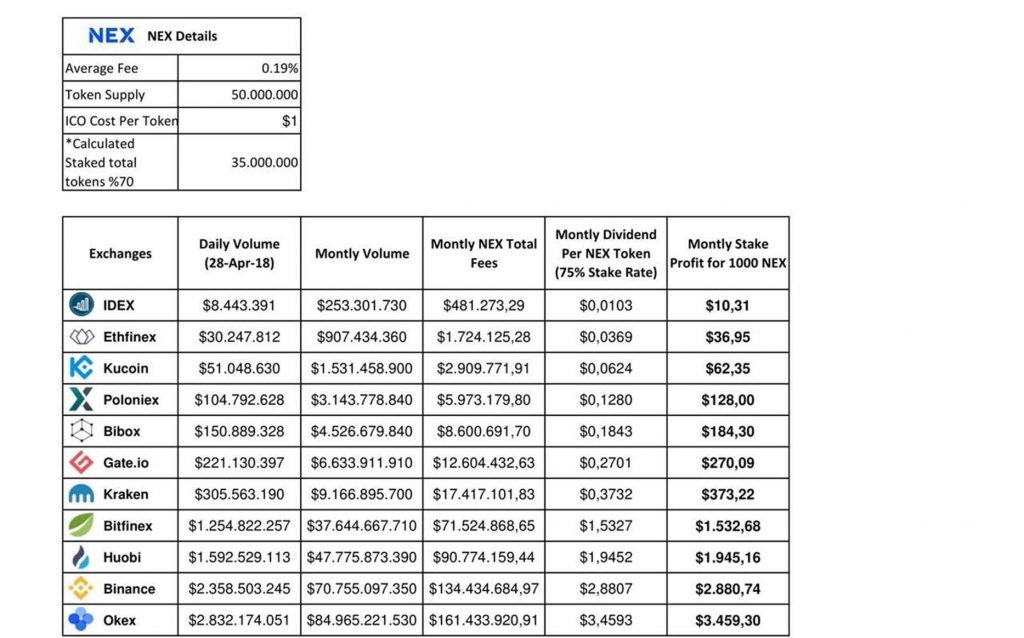 Fabio Canesin Ceo & Founder of Nash.io has announced launch dates and referral codes at the NEO DevCon for its Invitation Only Nash Dex at the Neo Convention in February. The referral program giveaway competition ends at 18:00 UTC, 31 Dec 2019

You can only participate if you have an invite code to the Nex Nash Exchange – You will have a chance to win $146.000 in Bitcoin (BTC) and NEX Token:Go to nash.io  (or click this link)
Enter this Invite Code: 2fghf7 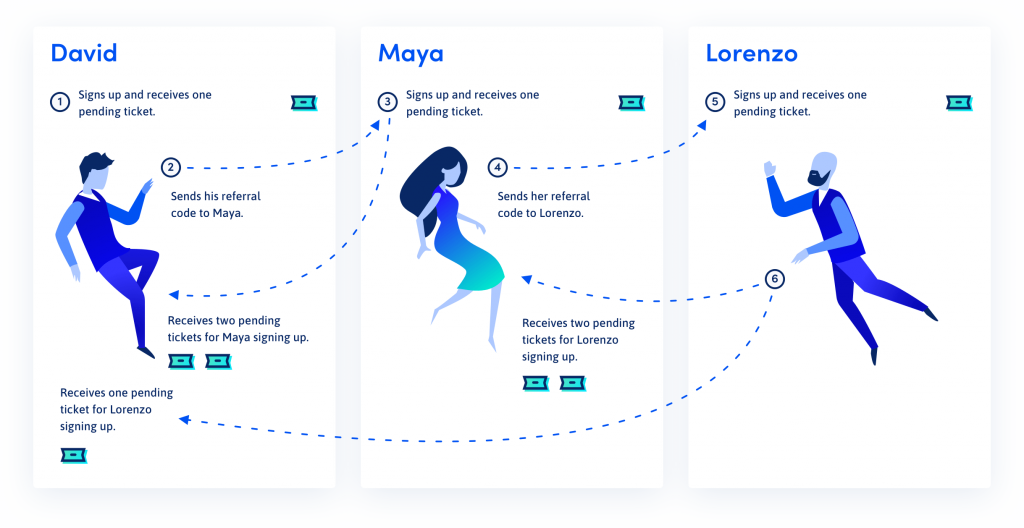 Why NEX (Nash.io) can be the most exciting thing next to BAKKT?

NEX vs. Coinbase vs. Binance?

Security Tokens to Take the Centre Stage in 2019, an article by NASDAQ: https://www.nasdaq.com/article/security-tokens-set-to-take-center-stage-in-2019-cm982207

We believe security tokens act as a natural bridge between traditional finance like venture capital and Blockchain and benefit both equally. Utility tokens, akin to loyalty rewards points given by credit cards, have dominated ICOs. However, in some cases, owners cannot use the tokens beyond the issuer’s platform. As for venture capital, most private assets are relatively illiquid, which means investors face a difficult and costly time trying to convert them into cash. Security tokens solve both fundamental problems.

Security tokens digitally represent ownership in any asset, such as a piece of a tech startup or a venture capital fund and can provide investors with various rights to that company or fund. Furthermore, Security tokens provide liquidity to investors, access to compliance features to issuers, and a framework for oversight to regulators.”

Thanks for reading this post. NEX is the first legally compliant security token exchange platform in the world which will be offering a multitude of tokens all with fiat paired and an unparalleled user interface. NEX will incorporate a centralized high-performance matching engine into their decentralized platform, thereby allowing complex trades to be handled off-chain. Once the orders are matched, they will allegedly be committed on-chain, meaning there is no security lax. With the high-performance hardware, the Neon Exchange will be able to handle complex trades like market and limit orders.

Between NEX and nOS, the NEO ecosystem has the tools it needs to solve the biggest problems with dApps: accessibility and user experience.

Manually visiting exchanges to buy tokens sucks, finding dApps you want to use sucks. Doesn’t really matter how good a dApp is (or how much money it can save you as a service) if it’s too much of a ballache to use in the first place.

With nOS working as an entry point (dApp store/browser) and NEX automatically swapping tokens for you as required, the terrible user experience of dApps may be a thing of the past. Then the floodgates will be open for real industry-scale disruption.

One Reply to “Nash.io – 5 Reasons to own the former Nex Neonexchange Token Right Now”

by robwagner time to read: 6 min